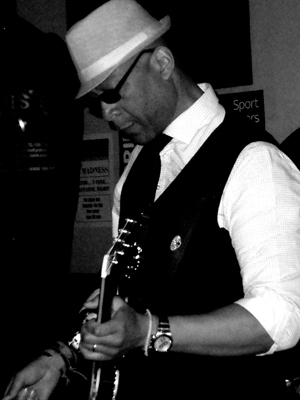 Famous for his musical ear, most people believe that he is able to recognise a chord just by hearing it once. People also talk of his ability to play any tune in any key.

In reality, he is tone deaf.

But that is not the reason for his nickname.

If you put your ear next to his and listen very carefully, you will just be able to hear the opening chords of Beethoven’s 5th symphony.

Ian appeared on Britain’s Got Talent in 2012 but was rejected at the first stage due to a proliferation of musical ear acts that year. Whilst Simon Cowell enjoyed his rendition of the famous Beethoven symphony, David Walliams was concerned that his act was somewhat one-dimensional and would have nothing new to offer in the later rounds.

Ian has played with guitar legends Eric Clapton and Jimi Hendrix in the 70s, albeit on his Parlophone record player in his bedroom.