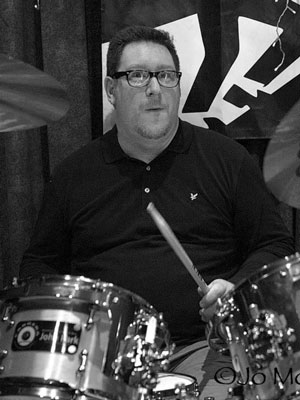 John comes from a rich musical heritage. He can trace his musical ancestry back to the 19th century where his great-great-great-grandfather was chief lute-player to Queen Victoria.

His family members have played a vast array of stringed instruments ranging from harp to harpsichord, bouzouki to banjo, and violin to double bass. In fact, each of John’s parents would go on to become leaders of the London Symphony Orchestra and the Berliner Philharmoniker. The culmination of five generations of high successful string musicians.

The pressure on John to follow in his ancestors’ footsteps proved too much for him. He tried many different stringed instruments. He had lessons with the greatest exponents in their fields. But he had no flair for any of them.

In fact, he was so frustrated by his ineptitude with stringer instruments that he would beat his fist on the dinner table. He would thump his bedroom walls. He would kick buckets in the back yard. And he loved all of these things!

Although now excommunicated by his family, the disgraced drummer-to-be got his first kit in Tottenham Court Road and religiously worked his way through the drummers’ bible, Ringo Starr’s “Route to Stardom Through Mediocrity”.

Of course, John is now an accomplished drummer and has graced many fine stages, but every now and then you can see a tear of regret in his eye when our guitarist plays a big riff ….