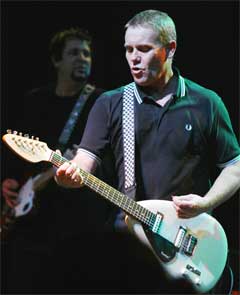 But when you look at left-handers in other activities like writing, cricket, tennis, etc, there is a much higher percentage than there are left-handed guitarists.  So, that got me thinking … END_OF_DOCUMENT_TOKEN_TO_BE_REPLACED

2-Tone is 35 years old this weekend? What is its legacy?

This weekend sees the 35 year anniversary of when Jerry Dammers of The Specials created 2-Tone. Is this relevant in any way to us today?

It was important to Jerry that his record label meant something to people. He engaged John Sims (Teflon) to create the iconic images that we associate with 2-Tone, like the black and white check and the dancing man (nicknamed Walt Jabsco). END_OF_DOCUMENT_TOKEN_TO_BE_REPLACED 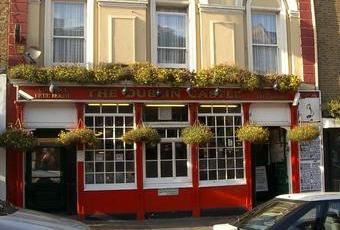 The Dublin Castle in Camden is the birthplace of Madness. Members of the band used to hang out in there in their youth and some of them still visit to this day. Only a couple of weeks ago Woody Woodgate chose the pub to launch his and his brother Nick’s new album, The Magic Line. Several band members still live in the area.

The walls are bedecked with photos of the band and other famous artists that have either played there or hung out there. The list of these is impressive – Amy Winehouse, Blur, Arctic Monkeys, Coldplay, Supergrass and The Killers. END_OF_DOCUMENT_TOKEN_TO_BE_REPLACED

Special Kinda Madness are delighted to have been selected to be represented by the Scott Jordan Entertainments Agency. 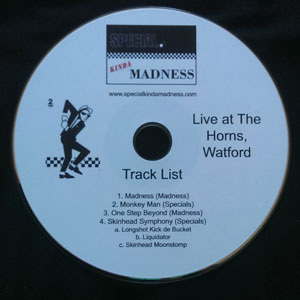 Special Kinda Madness have launched their first EP on CD. It is a live recording from their gig at The Horns in Watford in June 2013.

The EP gives a sense of the atmosphere at a typical Special Kinda Madness gig. The recording tells it like it is. You can hear the audience singing along and the occasional crash of bottles being thrown in the bin by the bar staff. But most of all, you get a true reflection of the energy that comes from the stage and then bounces straight back from the audience. END_OF_DOCUMENT_TOKEN_TO_BE_REPLACED