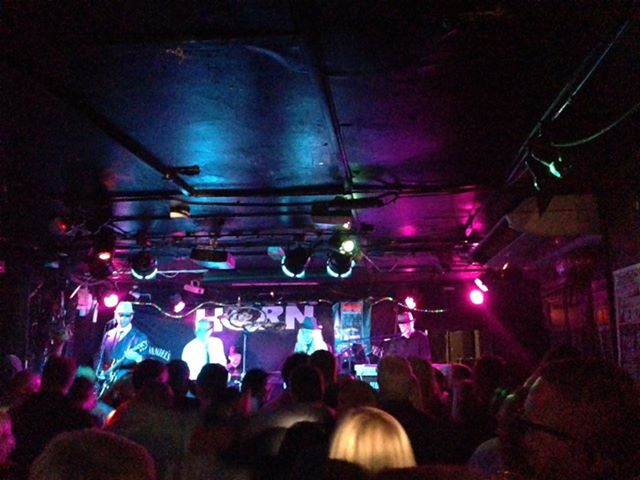 Spurred on by a near capacity crowd, they launched the show with their Madness tribute set. Opening with their version of Prince Buster’s Madness, the audience were straight into skanking right from the off. Rattling through all the classics like My Girl, Baggy Trousers, Bed and Breakfast Man and Shut Up, they even brought in a bit of classical music in the form of Madness’ version of Swan Lake that featured on the Dance Craze album and film. END_OF_DOCUMENT_TOKEN_TO_BE_REPLACED

Special Kinda Madness and their sister band The Iconics are supporting the Specialized Project which is a charity music project raising money for Teenage Cancer Trust.

We are collecting at all our gigs in 2013 and have already raised over £400 in the first few gigs. Please look out for the red TCT bucket and contribute whatever you can afford. It is a fantastic charity and all the money goes to a very worthy cause. END_OF_DOCUMENT_TOKEN_TO_BE_REPLACED

The Iconics at Phoenixbury Festival 2013

Our sister band, The Iconics, are making their 4th visit to the Phoenixbury Festival in Steeple Claydon this evening. This is a charity festival organised totally by volunteers and with all the bands giving their time for free.

How long will this resurgence of ska carry on?

We obviously love our ska, but it seems that many others do as well. When we play, we see a high percentage of 40-somethings who obviously lived through the 2nd wave ska era of Madness, The Specials, Band Manners et al. But we also see increasing interest from people in their early 20s.

A few of us went to the recent Specials gig at Ally Pally. Yes, there were loads of sweaty guys in their 40s, but lots of youngster as well. At first I thought they were their kids, and indeed there was some of that. But there were also lots of groups of 20-somethings there, and no sign of their parents. END_OF_DOCUMENT_TOKEN_TO_BE_REPLACED